Skip to content
An electrical engineer by profession, Mrinal is a self taught artist. His attraction towards colours began at an early age but he began to follow it earnest, only after he finished his engineering education. Cutting down on sleep time, socializing and all things that are part and parcel of a young man’s life, Mrinal Dutt has made a name for himself in a short span of 5 years.
His style of Contemporary and traditional   mixed media style has been inspired by his idol, MF Hussain.
One notices his worship of the Mother Goddess in his works. Female forms form the highlight and according to Mrinal,  a woman is the centre, the creator and the preserver of the universe.
His unique style of dripping paints  has caught the eye of the discerning collectors the world over. All paintings tell their own stories and can easily be recognized as being the works of Mrinal Dutt.
He has exhibited in most cities and in art festivals over the world. 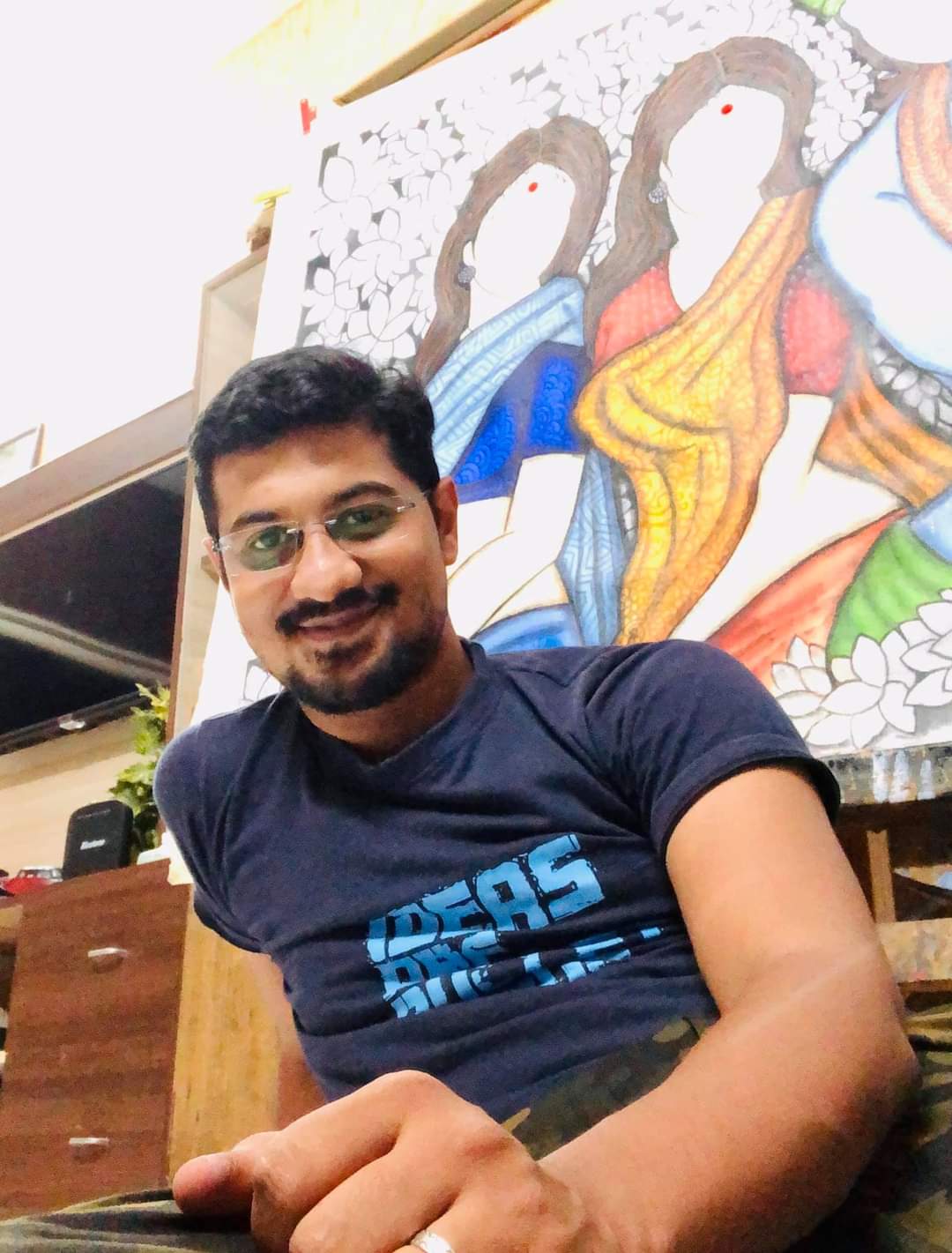 An artist from India, who is both modern and traditional in his works... worshipping the female form in all her avatars.